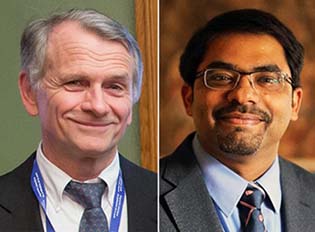 Source: MedE-News. Tuberculosis (TB) is an ancient disease that has been traced as far back as 600 BC. Sadly, even in 2019, TB kills more people worldwide than any other infectious disease.

In advance of World Tuberculosis Day on March 24, Dr. Madhukar Pai and Dr. Dick Menzies, leading TB researchers at the McGill International TB Centre and Research Institute of the McGill University Health Centre (RI-MUHC), discuss the conditions that allow TB to flourish and the important role McGill and the RI-MUHC are playing to combat it. Read more.