Women who develop diabetes or high blood pressure during pregnancy are at risk of developing those conditions post pregnancy, and the father as well 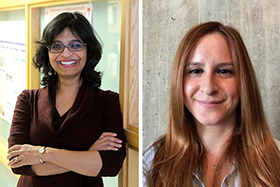 Montreal — Research has already shown that women who develop either diabetes or high blood pressure during pregnancy are at risk of getting type 2 diabetes, high blood pressure or heart disease years later. Now, a new study from a team at the Research Institute of the McGill University Health Centre (RI‑MUHC) and McGill University shows that the risk of developing those conditions post pregnancy is drastically higher if the women had both diabetes and high blood pressure during pregnancy. The study, published today in the American Journal of Epidemiology, doesn’t end with the mother’s risks. The father’s risks also rise if the mother has one gestational condition and rises even higher if she has both.

Drawing on medical records from 64,000 Quebec couples, the researchers set out to understand how each of the two gestational conditions separately affect women’s health following pregnancy, but to also understand the risk the two present in tandem.

“Both of these factors are interrelated, so we decided to look at them together to create a combined indicator,” says the study’s senior author, Dr. Kaberi Dasgupta, clinician-scientist in the Metabolic Disorders and Complications Program at the RI-MUHC and internal medicine specialist at the MUHC. Her group looked at three cohorts of women: those who developed neither blood pressure nor diabetes during pregnancy; those who developed one or the other; and those who were diagnosed with both. Read more