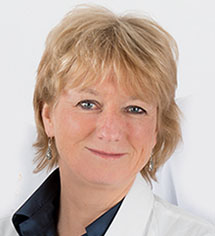 Source: MedE-News. Morag Park, PhD, has been reappointed Director of the Rosalind and Morris Goodman Cancer Research Centre (GCRC), Faculty of Medicine, McGill University. She first took on this role in 2013,and during her first term as director, was instrumental in enhancing the Centre’s reputation by securing funding and recruiting top young scientists from around the world. She has promoted an integrated cancer research vision for the Faculty of Medicine and the McGill network, advocating that research be conceptually integrated across the McGill campus and its affiliated hospitals and the Rossy Cancer Network, leveraging new opportunities for scientific discoveries that will ultimately have a positive impact on patient care.

Morag Park is a member of the Cancer Research Program at the Research Institute of the McGill University Health Centre.