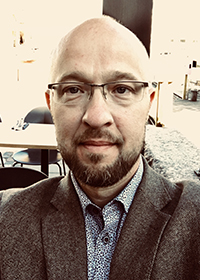 My research focuses on understanding the functioning of the brain, by elucidating the properties and the mechanistic underpinnings of plasticity, as well as its functional impact. In addition, we investigate the connectivity patterns that ensue from plasticity and how these are shaped by activity. Our goal is to understand the role of plasticity in health as well as in pathologies such as epilepsy and autism. To do this, my team employs state-of-the-art technology such as quadruple whole-cell recordings, two-photon laser scanning microscopy, and computer simulations. Neuroscientists believe that learning occurs at synaptic connections between neurons in the brain. Events in the outside world cause patterns of activity that elicit changes in connective strengths. This synaptic plasticity thus stores information in neuronal circuits, thereby resulting in re-wiring of cortical sub-networks. There are therefore close links between activity patterns and connectivity motifs, and the cortical computations that bring about recall.