Montreal's gift to the world

Marking the 50th anniversary of discovery of Carcinoembryonic Antigen (CEA) 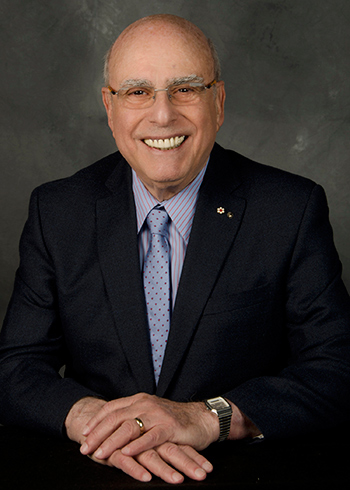 November 30, 2015 - A major preoccupation for cancer researchers in the early 1960's was the search for a specific biomarker, material or molecule, that would distinguish tumour cells from regular cells – in essence, a way to identify cancer through a simple blood test. "Numerous attempts had been made, but none had been successful. The common wisdom at the time was that such a marker would not be found," said Dr. Phil Gold, the Douglas G. Cameron Professor of Medicine at McGill University, the first Director of the Goodman Cancer Centre, and former Chair of the McGill Department of Medicine. "For myself and my then PhD supervisor Dr. Samuel Freedman, it sounded like a challenge we were happy to accept." [Read more]

View it on YouTube: Dr. Phil Gold describes the discovery of CEA