Montreal – The Research Institute of the McGill University Health Centre’s (RI-MUHC) push to treat a rare genetic disease in children – with a higher percentage found in French Canadians – has received $2 million dollars as part of a national genomic contest led by Génome Canada. 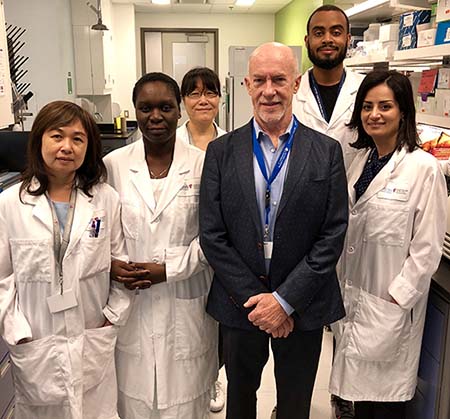 Dr. Paul Goodyer’s team at the RI-MUHC is at the forefront of North American efforts to develop a novel drug for nephropathic cystinosis, a disorder that is 10 times more prevalent in Québec. Without treatment, all affected children require kidney transplantation and survival beyond the age of 30 is rare.

“This is crucial to taking the next steps toward setting up a clinical trial; current treatment is helpful but doesn’t prevent the eventual outcomes,” says Dr. Goodyer, who is a senior scientist from the Child Health and Human Development Program at the RI-MUHC and a pediatric nephrologist at the Montreal Children’s Hospital of the MUHC. “If successful, this new non-toxic drug will have a similar application in a wide variety of genetic diseases caused by Nonsense Mutations, including cancers, while providing significant cost-savings to the Canadian healthcare system.”

This form of nephropathic cystinosis is caused by Nonsense Mutations, an error in the gene code that prematurely signals the cell to stop producing a protein. In cystinosis, the loss of the CTNS protein causes a massive build-up of the amino acid cystine in all the cells of the body, which causes gradual organ deterioration.

“Our drug overcomes Nonsense Mutations by tricking the cell into overlooking the mistake in the code and continuing protein production,” explains Dr. Goodyer, who is also a professor of Pediatrics in the Faculty of Medicine at McGill University. “By restoring production of the normal CTNS protein, sustained ELX-02 therapy has the potential to be curative.” 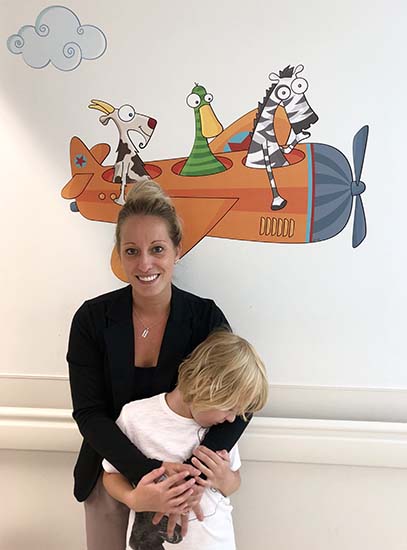 Nolan, 9, has been in and out of hospitals since being diagnosed with the disease soon after birth.

“At six months we realized something wasn’t right since Nolan was always thirsty and asking for water throughout the night but wasn’t gaining any weight or showing appetite. He could barely move or do anything that required physical demand. He refused everything. We brought him to the MUHC and straightaway they recognized the typical characteristics of the disease,” says Nolan’s mother Sophie, who has endured many sleepless nights tending to her son. “Dr. Goodyer’s research gives us real hope.”

Dr. Goodyer has been collaborating with United States-based Eloxx Pharmaceuticals and expects clinical trials to eventually be concentrated in Montreal alongside Chicago and San Francisco. This project was one of seven to be awarded major funding from a nation-wide Genome Canada Genomic Applications Partnership Program (GAPP), which aims to foster partnerships between academic researchers and end users with projects that translate scientific innovation into action for the benefit of the Canadian population and economy.

"With this funding, local researchers will be capable of developing concrete and effective solutions that will save human lives, thanks to advances in genomics technology. Promising endeavors like Dr. Goodyer’s project are part of the shift towards precision medicine, which is transforming the way we treat rare diseases such as nephropathic cystinosis,” says Daniel Coderre, President and CEO of Génome Québec.

To know more about the research project: http://www.genomequebec.com/214-en/project/novel-aminoglycoside-readthrough-therapy-for-nonsense-mutations/

Génome Québec’s mission is to catalyze the development and excellence of genomics research and promote its integration and democratization. It is a pillar of the Québec bioeconomy and contributes to Québec’s influence and its social and sustainable development.