null Recognizing children’s voices: nursing professor and researcher Franco Carnevale on his experiences as an RN and childhood ethicist 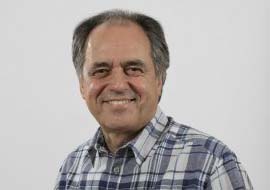