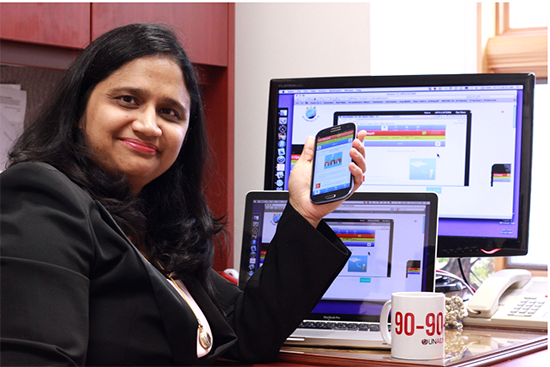 Montreal – It is estimated that 30-40 per cent of people living with HIV do not know their HIV status, which can have a serious effect on the spread of the disease. One of the approaches developed to change this statistic, especially among populations at higher risk for infection and who lack access to care, is the development of HIV self-testing, which provides people with a HIV diagnostic test that they can use in private. Now, this screening strategy is getting a global push thanks to a major new partnership with The International Association of Providers of AIDS Care (IAPAC).

The Research Institute of the McGill University Health Centre (RI-MUHC) and Sympact-X are proud to partner with IAPAC  for the implementation of HIVSmart!™ – a software and cloud based application that facilitates HIV self-testing, linkages  and retention in care – in high HIV burden Fast-Track Cities worldwide.

HIVSmart!™ is a multilingual, portable application that has been developed by a team of scientists and physicians based at the RI-MUHC and at McGill University. It has been tested in well-designed studies in Canada and South Africa in diverse patient groups, including high-risk men who have sex with other men; at-risk community clinic attendees; low-risk healthcare professionals; and student populations. The application, which works with any approved HIV self-test, is personalized, assesses user’s HIV exposure risk, provides test interpretation, and links users to care. In addition, the app based program assists with retention in care through enhanced patient-provider communication. The platform is confidential and HIPPA compliant and is currently available in six languages. Learn more