Rising to the 3-Minute Thesis challenge

Zeinab Sharifi, doctoral student at the RI-MUHC, advances to the regional level with her first-prize placement at McGill 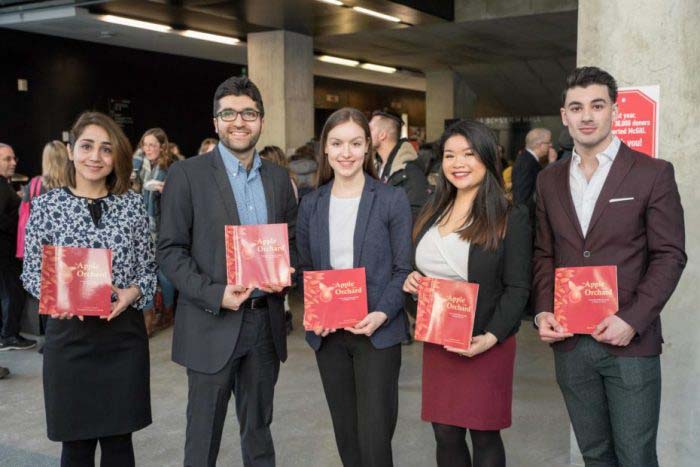 Source: McGill Reporter. No props. One take. One slide. Three minutes. The 3-Minute Thesis/Ma thèse en 180 secondes competition is the academic version of the elevator pitch.

The 8th edition of 3MT was held at the Tanna Schulich Hall on Tuesday, March 12, from 2 – 4 p.m. before a crowd of some 150 people. Eighteen graduate students, nine women and nine men, presented years of research to a rapt and sympathetic audience in a lively crash course on their respective research.

This year’s winner in English was Zeinab Sharifi, a PhD candidate in Experimental Medicine supervised by Dr. Bassam Abdulkarim in the Cancer Research Program at the Research Institute of the McGill University Health Centre (RI-MUHC).

Sharifi received $750, and advances to the Eastern Region finals to be held at McGill in April, with the possibility of going on to the national competition. Her winning presentation, entitled New Strategy, New Hope, was about treating glioblastoma, one of the most aggressive forms of cancer, using a substance called combi-molecules.

Specifically, Sharifi’s thesis focuses on preclinical studies of combi-molecules, the dual DNA/EGFR targeting agent capable of damaging DNA and blocking the effects of the EGFR protein to force the tumour cells to undergo a process known as apoptosis, a form of programmed cell death. This drug was developed collaboratively by the laboratories of Bertrand Jean-Claude, Siham Sabri and Bassam Abdulkarim at the RI-MUHC.