More than a research hospital: A hospital driven by research!

Together we have the means to leverage discoveries that improve the health of individual patients across their lifespan.

At the Research Institute of the McGill University Health Centre (RI-MUHC) we are deeply grateful to our donors and volunteers, and to the foundations and auxiliaries affiliated with the MUHC.

We also thank provincial, federal and other funding partners, including the Canada Foundation for Innovation, the Fonds de recherche du Québec–Santé and the Ministère de la Santé et des Services sociaux. Their support remains a key driver of our success. 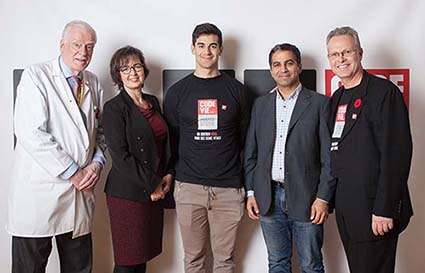 THE MONTREAL GENERAL HOSPITAL (MGH) FOUNDATION, with the Max Pacioretty Foundation, raised funds for a state-of-the-art MRI machine for the MGH Traumatic Brain Injury Program, a world leader in research and treatment of concussions. 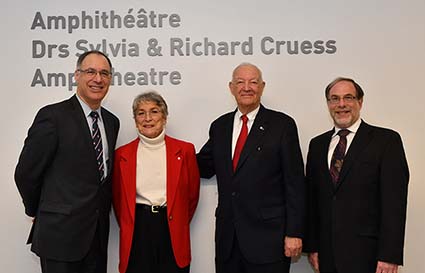 THE RI-MUHC AMPHITHEATRE WAS NAMED THIS YEAR AFTER DRS. SYLVIA AND RICHARD CRUESS, who inspired the community to contribute almost $7 million in the first eight months of the MUHC Foundation’s research fundraising campaign. 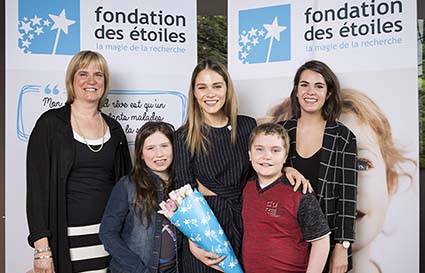 THE MONTREAL CHILDREN’S HOSPITAL FOUNDATION, WITH THE FOUNDATION OF STARS, supports innovative and key research projects.